Read this in The Manila Times digital edition.

In just a few days, the Philippines will officially celebrate and commemorate the heritage, significance, and legacy of Philippine Cinema through the 1st Philippine Film Industry Month in September, an annual month-long observation mandated by President Rodrigo Duterte through Presidential Proclamation No. 1085 signed on February 3, 2021.

The Film Development Council of Philippines (FDCP), as the lead agency in observing Philippine Film Industry Month, has lined up numerous events and programs for the inaugural celebration with the theme “Ngayon ang Bagong SineMula!”

“Ngayon ang Bagong SineMula!” is a declaration of hopeful survival of the first-ever Philippine Film Industry Month amid the Covid-19 pandemic. It speaks of a new beginning, a chance to restart and rebuild a system that would be more inclusive and sustainable for all so that Philippine Cinema can push forth with its heritage and legacy towards a brighter and more prosperous future.

I am providing a rundown of all our September activities in two parts, hoping that you can participate in this meaningful celebration. Together, let’s proudly commemorate Philippine Film Industry Month! 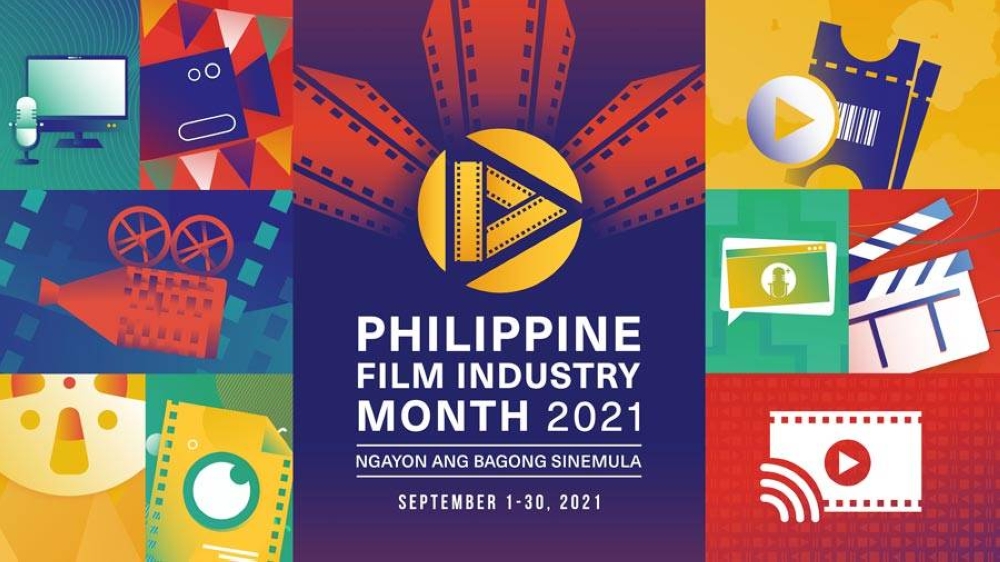 September 1 – Opening of Philippine Film Industry Month. The one-hour virtual show to be streamed on the FDCP Channel will be headlined by the launch of the Nood Tayo Ng Sine Campaign, featuring the release of an ad, one-time free screening of iWitness documentary “Palasyo ng Pelikula” on the FDCP Channel, and relaunch of FDCP’s Cinematheque Centres.

Announcements will be made on the International Film Industry Conference (IFIC), selection of projects for First Cut Lab Philippines (FCL PH), and the #FutureSilentFilmmaker side event of Mit Out Sound: International Silent Film Lab for student filmmakers.

Under the PFA’s Film Restoration Program, six titles were fully restored while Deocampo’s “The Sex Warriors and the Samurai” and Tahimik’s “Turumba” were digitally enhanced in-house by the PFA.

September 1 to 12 – CSC Pamana ng Lingkod Bayani @ FDCP Channel. To honor and recognize public servants who risked their lives and were killed in their line of duty, the Civil Service Commission-National Capital Region and FDCP partnered for the fundraising event “Online Zumba and Film Screening” for the Pamanang Lingkod Bayani Program. For a fee of P250, public servants and their extended family can watch three feature films: “Ang Turkey Man Ay Pabo Rin” by Randolph Longjas and the restored versions of “Bata Bata Paano Ka Ginawa” and “Dekada ’70” by Chito S. Roño.

Proceeds will go to the Pamanang Lingkod Bayani program that honors civil servants who died in the line of duty. Philippine Olympians will also be invited to grace the online Zumba event. The CSC Pamana ng Lingkod Bayani @ FDCP Channel is also in celebration of the 121st Philippine Civil Service Anniversary,

September 1 to 11 – 78th Venice International Film Festival. “On The Job: The Missing 8” by Erik Matti, part of the HBO Asia Original Series that will get a worldwide release on HBO GO in September, will have its world premiere in Venice at the Venezia 78 Competition.

The FDCP events at Venice are the Philippine/On The Job Cocktails, FDCP/Philippines Production Table and Spot on Screens at the Venice Production Bridge, and the Panel Discussion “From the Philippines to the World: The On The Job franchise and exploring new ways of global content distribution” moderated by Venice Film Festival Programmer Paolo Bertolin with “On The Job” director Matti, producer Dondon Monteverde, and actor Dennis Trillo as panelists.

September 1 to October (TBA) – CreatePHFilms Online Scriptwriting Session. The 2nd CreatePHFilms Session of Online Script Consultations, held by the FDCP in partnership with French production and consultancy company Tatino Films and led by Matthieu Daras, is part of the CreatePHFilms Fund for Scriptwriting, a selective fund of up to P100,000 that gives access to at least two FDCP-led sessions with international mentors on the concept, creative issues, and developing the screenplay. World-class script consultants Ayman El Amir, Helen Beltrame-linné, Mmabatho Kau, and Aleksandra Świerk serve as mentors to the eight scriptwriting grantees of CreatePHFilms 2020 Cycle 1.

CreatePHFilms is a funding program administered by the FDCP to encourage the creation of quality local films through financial support for development (scriptwriting and project development), production (small budget and large budget), post-production, and film distribution.

September 2 to 7 – China International Fair for Trade in Services (CIFTIS). As the world’s largest comprehensive exhibition in the field of service trade, CIFTIS seeks to showcase the thriving partnership between China and ASEAN in this year’s edition. FDCP, as a returning CIFTIS delegate, will participate in business matching meetings, conferences, and the exhibit that highlights the FilmPhilippines Incentives Program.

September 3, 11 and 18 – USB Storming with Kidlat: Usapang Bayani Forum. Unsung Sariling Bayani (USB) is a short film competition focused on lesser-known Filipino heroes. The aim is to balance the influence of foreign superheroes in the Filipino youth’s mindset with a compelling engagement with the glorious stories of our very own heroes. USB is spearheaded by National Artist for Film and Broadcast Arts Kidlat Tahimik and presented by the FDCP in partnership with the National Quincentennial Committee. USB Breakout Sessions will be held on September 3 and 18, while the 2nd USB Forum with Kidlat Tahimik will take place on September 11.

September 4 to 5, 11 to 12, 18 to 19, 25 to 26 – Philippine International Comics Online Festival (PICOF). The 2nd PICOF, hosted by Komiket in partnership with FDCP, has 24 webinars and workshops conducted by local and international speakers from 12 countries. On all weekends of September, attendees will get to join book launches, discover the comics of other cultures, meet and greet published creators, and learn about comics critics, literary agents, comics collaborations, international publishers, and how far comics can go into other content platforms.

The Elevator Pitch, devised for selected studios to pitch their original Intellectual Property (IP) to a panel of buyers within 5 minutes, will feature “Rage Radio” by Mark Lenard Mendoza, “Sitio Balete” by Karla Circe Consolacion and Mookie Tamara, “The Jerry Action Bonanza” by Manny Angeles and Avid Liongoren, “Solemn Vow” by Lawrence Panganiban, “OFW” by Keith Sicat, “Not Not the Hairless Kapre” by Ceazara Vidallo, and “Miming and Friends” by Ramon del Prado and Meryll Yan.

‘Circle of Bones’ gets US theatrical release

Tarik Saleh could play a role in iconic film of Tobit