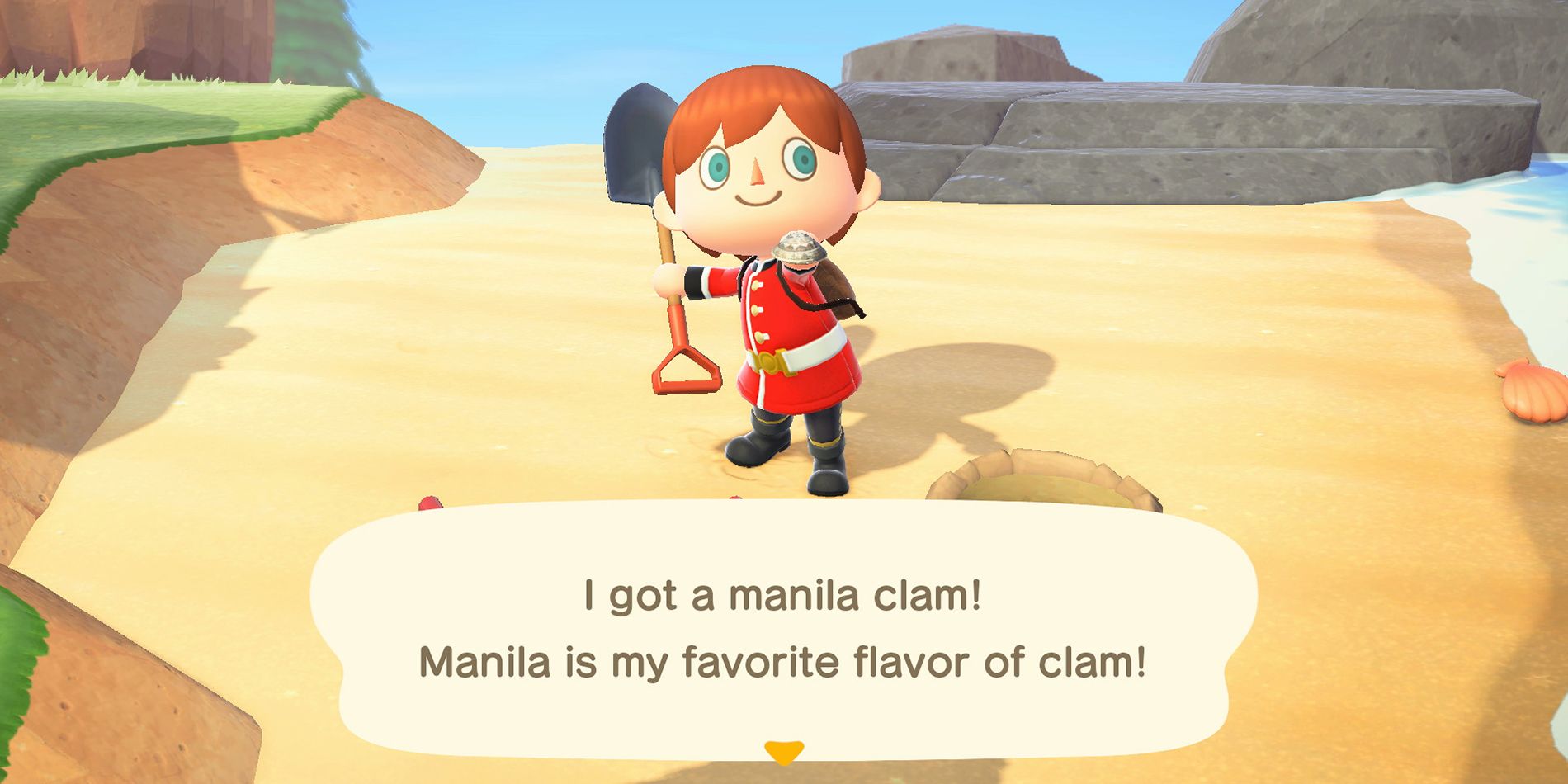 A recently discovered glitch in Animal Crossing: New Horizons seems to spawn an infinite amount of manila clams. New Horizons has received few content updates since its launch in 2020, and many glitches have managed to survive during that time due to the relative lack of support.

Glitches are a particularly common aspect of the video game market, and Nintendo’s beloved life simulator game is not immune to them. However, like most things in Animal Crossing, the bugs in this game often tend to be more endearing than game-breaking or genuinely disruptive. In fact, there are even some New Horizons glitches that are incredibly useful and add unique, creative aspects that would otherwise not be present in-game. One such bug was recently discovered and showcased involving the crafting item used to create fish bait.

Reddit user SkyDiamond311 posted a video demonstrating how they managed to get a seemingly infinite amount of manila clams with the help of a friend. One player is tasked with digging for clams directly in front of a building that is on the beach in the exact same spot while the other promptly fills the hole again. The cycle is then repeated over and over again, and each time the player digging manages to get a new manila clam.

Unlike the Animal Crossing pool glitch discovered before the summer, this manila clam bug may not be one that is equally present in all copies of New Horizons. According to some of the comments on SkyDiamond311’s video, the conditions for pulling it off may not be as straightforward as the poster indicates. One commenter noted that this same glitch happened on their island, but only for another player and it did not work again the following day. There is a theory that it may only be possible if there is a limited amount of beach space crossing the entire island, something that is different for each New Horizons player.

The wide variety of helpful glitches in Animal Crossing: New Horizons is staggering and somewhat unique to recent, incredibly popular Nintendo titles. It follows in the footsteps of The Legend of Zelda: Breath of the Wild as both games have a significant number of bugs that actually have the potential to enhance the overall gameplay experience rather than detract from it. This unique design element only seems useful in games where creative freedom is a top priority, and perhaps it will become more common as other titles try to emulate Nintendo’s recent successes.

Blaise Deveney is a freelance gaming news writer for Screen Rant and a multimedia specialist with both amateur and professional experience in writing, editing, videography, animation, and more. Blaise is from the Philadelphia area, where he lives with his wife, and is an avid fan of gaming, movie and television scores, and football. He has a passion for storytelling and is thrilled to be writing about the latest in the world of gaming.