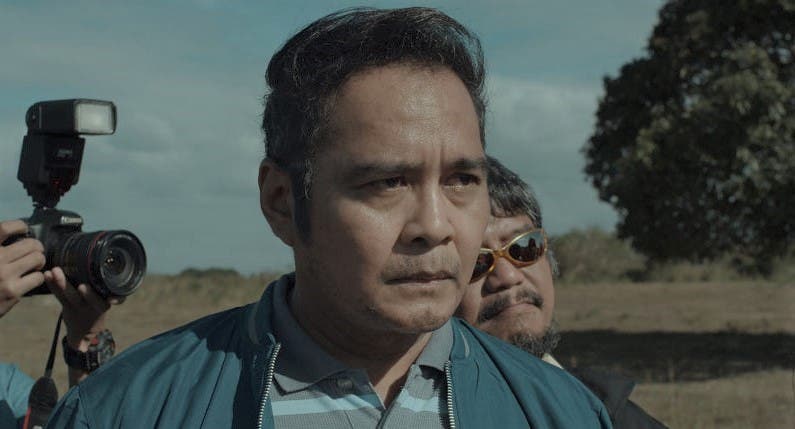 The 78th Venice Film Festival was held from September 1 to 11 in Italy. On the Job: The Missing 8 — the only title from Asia that made it to the event — was one of the most lauded among the many films and shows that were presented at the festival. The crime thriller received a 5-minute standing ovation at the event.

Directed by Erik Matti, On the Job: The Missing 8 is a crime thriller inspired by true events. It is a follow-up to the internationally-acclaimed 2013 film On the Job.

The series is about crime syndicates that temporarily release prisoners to hire them to assassinate people in power, but the crime syndicates are actually run by politicians. The hitmen prisoners are Tatang (Joel Torre), Roman (Dennis Trillo) and Daniel (Gerald Anderson).

As the assassinations are carried out, law enforcers Joaquin and Francis (Joey Marquez and Piolo Pascual), a corrupt reporter named Sisoy (John Arcilla) and journalist Arnel (Christopher De Leon) investigate the murders and the disappearances.

Aside from the praises for the film, actors John Arcilla and Dennis Trillo also received praise for their performance, with Arcilla bagging the Volpi Cup for Best Actor, the first ever Filipino to receive the award. Director Erik Matti received the award on behalf of Arcilla as the actor could not fly to Italy for the event. Arcilla posted his acceptance speech on his Instagram, thanking the festival for the award and expressing regret over not being able to kiss his own Volpi Cup in Venice.

Meanwhile, Parasite director Bong Joon-ho praised Dennis Trillo for his performance in the film. The actor posted on Instagram that he got the South Korean director to sign his copy of the Parasite graphic novel, which has the film’s storyboards made by the director himself.

Since On the Job: The Missing 8 has received so much praise, it’s possible that it can be a great international bet for the Oscars.

Cinema ’76 San Juan: It was nice while it lasted

Makita Manila 7 hours ago
Following his Venice win, John looks back at his heyday as a struggling theater actor

Following his Venice win, John looks back at his heyday as a struggling theater actor

Makita Manila 1 day ago
Erik Matti: ‘I have never been loved by major studios’

Erik Matti: ‘I have never been loved by major studios’

Makita Manila 7 hours ago
Following his Venice win, John looks back at his heyday as a struggling theater actor

Following his Venice win, John looks back at his heyday as a struggling theater actor