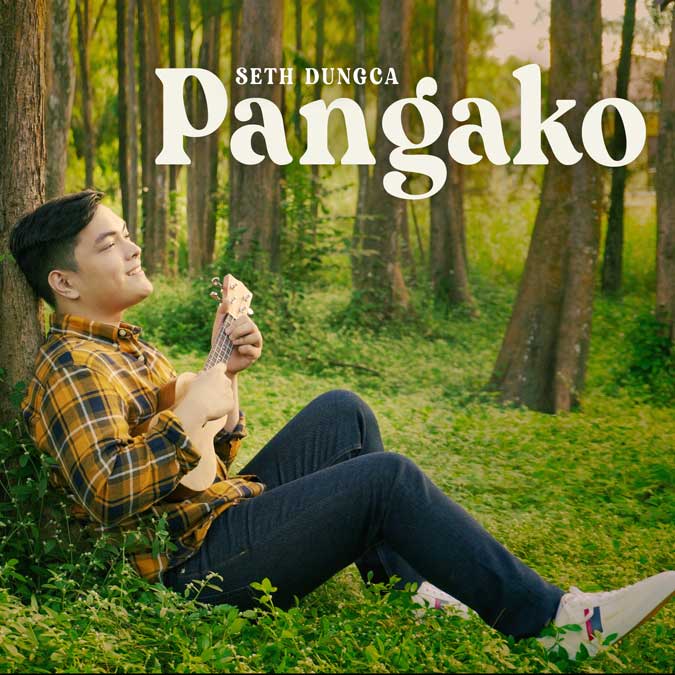 FILIPINO singer-composer Seth Dungca’s single “Pangako” recently spawned 64 music videos, handily surpassing the standing Guinness World Record for Most Music Videos Made for One Song. The official world record is currently held by British EDM duo Coldcut for their 1998 song “Timber,” which has a total of five different music videos. Dungca’s “Pangako” tops that by 59 more videos. “Pangako” generated that many music videos when Mr. Dungca’s record label, Insight Music, launched a film competition in partnership with UFC to crown the official music video for the song. As of July 8, 64 people have submitted official entries, which may all be viewed for free on the YouTube Insight 360 channel. While YouTube provides proof of the song’s record-breaking achievement, Mr. Dungca and Insight Music still need to get official verification from Guinness World Records. The label is currently in the process of applying for the record. The process of world record validation can take up to 12 weeks, shortened by the organization’s Priority Application scheme that may take only five days. Insight Music recently announced the Top 20 music videos that will compete for the grand prize of P50,000 and the distinction of being song’s official music video. The label is set to announce the winner along with the People’s Choice Award for most YouTube views on July 30.

Cinema One and Myx now on Cignal

ABS-CBN pay TV channels Cinema One and Myx now air on Cignal. The home of Filipino blockbuster movies, Cinema One, is bringing new and classic films through its 24/7 programming now on Cignal Ch. 45. MYX is also now available through Cignal Ch. 150, bringing in the latest music videos and news about today’s hottest OPM and international artists. Cinema One and MYX will be free for active Cignal Postpaid, Prepaid Ultimate HD, and Premium SD subscribers only from July 1 to 31. Both pay TV channels are under the ABS-CBN subsidiary, Creative Programs, Inc.

New shows on Hayu in July

HAYU offers a lineup of new season premieres for the month of July. In The Real Housewives of Potomac Season 6, the regular housewives are back and they’re joined by a new housewife, Mia Thornton — an entrepreneur who may or may not have thrown salad at one of the housewives. The show premieres on July 12. Top Chef Amateurs Season 1 airs on July 2, hosted by long-time Top Chef judge Gail Simmons. In each 30-minute episode of this culinary competition series, two amateur chefs go head-to-head on some fan-favorite challenges from Top Chef. Below Deck Mediterranean is back for a sixth season, and this time with returning members Captain Sandy Yawn and Malia White aboard the Lady Michelle, a 180-foot mega yacht en route to Croatia. New episodes air every Tuesday. True-crime series Charmed To Death follows the true stories of manipulative criminals who use their charms to cheat, steal, and lure their victims into romantic relationships and their eventual deaths. The show premieres on July 19. Notorious: The Girl in the Box is about a hitchhiker, Colleen, who is offered a ride by a husband and wife who are with their baby. He then holds a knife to Coleen’s throat then locks her in a wooden box for 23 hours a day for nearly a year. The remaining hour is the only time of the day she is brought out of the box — at which time she is tortured. Notorious: The Girl in the Box premieres on July 18. Access unlimited shows with a subscription plan or prepaid pass. Sign-up via hayu.com to a weekly plan for P49 or a monthly plan of P149 with a seven-day free trial.

AFTER racking up more than 2.5 million steams on Spotify with her cover of an alt-rock classic, singer-songwriter Bianca has released her proper debut single under Sony Music Philippines. Written by Bianca herself, “Tenth of July”  retains the spare, soothing vocal quality the singer is known for. The track speaks fondly about memory and longing, and the beauty of remembering. “Tenth of July” is out now on all digital music platforms worldwide via Sony Music Philippines.

On Record now on Sundays

DOCU-MAGAZINE show On Record has moved to an earlier timeslot. The GMA Public Affairs program hosted by reporters Oscar Oida and Mav Gonzales now airs on Sundays at 5:20 p.m. On Record has been featuring captured moments of life — videos and photos about heroism, random acts of kindness, and other inspiring stories that are caught on camera. Viewers abroad can also watch it on GMA News TV.

Supermodelme to return in October

PRODUCTION company Refinery Media has announced that it is bringing back its reality competition series, SupermodelMe, in October. The latest season promises a fresh approach, new challenges, a star-studded cast, and builds off the success of its first five seasons. Season 6, called SupermodelMe Revolution, was filmed in Singapore in June, with 12 aspiring models from eight markets across Asia: Singapore, China, Hong Kong, Indonesia, Malaysia, the Philippines, Thailand and Vietnam. Refinery Media’s modelling reality shows include SupermodelMe Season 1 to 5 and Asia’s Next Top Model Cycles 5 & 6. The winner of the latest SupermodelMe season will go home with a Subaru Ambassadorship, a cover on Harper’s Bazaar, and a modelling contract with Storm Model Management. The Asian premiere of SupermodelMe Revolution is set to air on Oct. 11 at 7:55 p.m. on AXN Asia, across 10 weekly episodes.