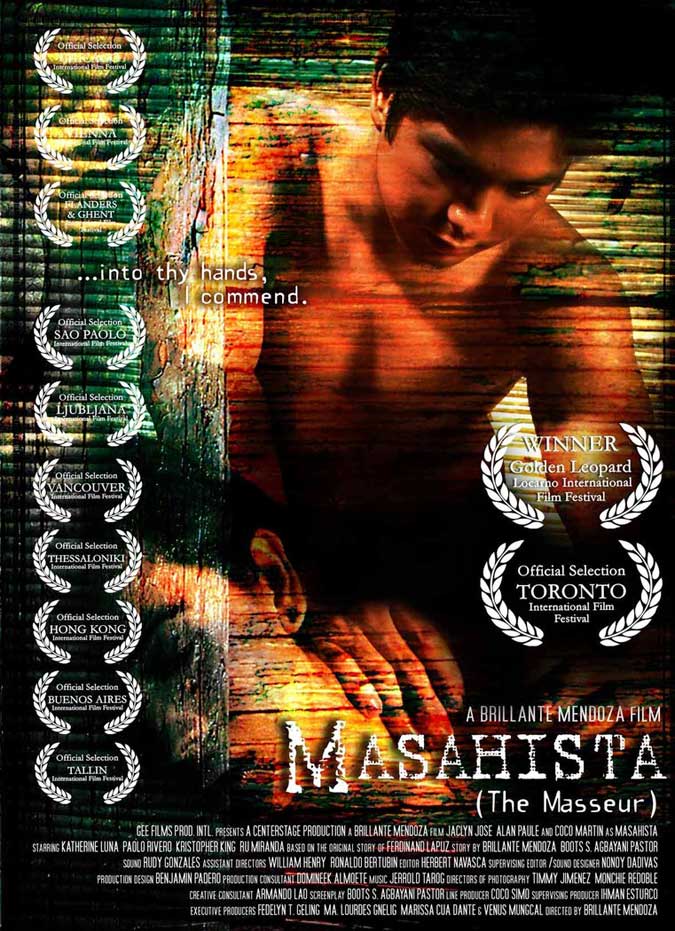 THE FILM Development Council of the Philippines (FDCP) is holding the second PelikuLAYA: LGBTQIA+ Film Festival online from June 4 to 30 in celebration of Pride Month.  There will be film screenings, panel discussions, a special yoga session, and a concert and fashion show.

This year’s festival carries the theme “Sama-Sama, Lahat Rarampa!,” with the aim “to further empower the members of the LGBTQIA+ community,” according a press release.

“The Film Development Council of the Philippines is relaunching PelikuLAYA this year as an annual LGBTQIA+ film festival organized by the national government as our way to express our continued support for gender equality and inclusivity by creating platforms to bring to light the struggles, celebrate the achievements, and champion the causes of the LGBTQIA+ community,” FDCP Chairperson and CEO Mary Liza Bautista Diño-Seguerra was quoted as saying.

Beginning June 4, 23 films will be available for view for P99 at the FDCP Channel (fdcpchannel.ph).

Among the movies in the lineup are Masahista by Brillante Mendoza, I Love You. Thank You by Charliebebs Gohetia, Mga Gabing Kasing Haba ng Hair Ko by Gerardo Calagui, Miss Bulalacao by Ara Chawdhury, Ang Huling Cha-Cha Ni Anita by Sigrid Andrea P. Bernardo, Best. Partee. Ever. by HF Yambao, and Ned’s Project by Lem Lorca.

Meanwhile, interested viewers can get seven-day access (which expires 48 hours after the first streaming) to the 2019 Cannes Awardee for the Queer Palm Prize and Best Screenplay, Portrait of a Lady on Fire by Céline Sciamma,  for P220. The historical drama, which stars Adèle Haenel and Noémie Merlant, tells the story of an affair between an aristocrat and a painter commissioned to paint her portrait.

To be screened for free are Rhadem Morados’ documentary Budjang, and three short films from CineSpectra 2019: A Film Festival for HIV/AIDS Awareness — A by Rod Modina, Alex & Aki by Dexter Paul de Jesus, and Doon sa Isang Sulok by Yong Tapang, Jr.

SPECIAL EVENTS AND PANEL DISCUSSIONS
The PelikuLAYA events will be streamed live on the FDCP Channel and on the FDCP’s Facebook pages and YouTube channel.

Aside from film screenings, a series of panel discussions called FDCP Film Talks will tackle LGBTQIA+ issues. These will be held from June 12 to 27.

The series starts with “My Coming Out Story” (June 12), moderated by actor and writer Phi Palmos, featuring directors Kim Timan and Rod Singh, actors Fifth Solomon and Zar Donato, and musician Miguel Odron. This will be followed by “In His/Her/Their Shoes” (June 13) which will focus on on-screen portrayals of LGBTQIA+ characters. Moderated by director Jade Castro, the panel is composed of actors Anthony Falcon, Angeli Bayani, Adrian Lindayag, and EJ Jallorina, and director Petersen Vargas.

Finally, “To Love Some Buddies” (June 27) highlights the need for support systems. It will be moderated by Miss Trans Global 2020 Mela Habijan, and the panel will be composed of Francis Dacanay of Love Yourself PH, Pat Bringas of UP Babaylan, Ronn Astillas of the Philippine LGBT Chamber of Commerce, Chase Tolentino of Transman Equality and Awareness Movement, and Dr. Mikee Inton-Campbell of the Society of Transsexual Women of the Philippines.

Two Pista ng Pelikulang Pilipino (PPP) Film Talks which had been conducted during that festival last year will again be available. To be streamed for free on June 19 are: “Depiction of LGBT Characters and Queer Cinema History” (4 p.m.) about how members of the audiovisual industry develop and empower LGBTQIA+ characters; and “Philippine Queer Cinema Lecture” by Nick Deocampo (6 p.m.), which explores queer stories and representation in Philippine Cinema history and how it has evolved through the years.

Meanwhile, a drag yoga session called “Yo, Gay!” will be on June 20. The best dressed participants will have the chance to win special prizes including gift cards and vouchers, and FDCP Channel hoodies and merchandise.

The PelikuLAYA closing program, Awra!: Mga Awit at Rampa para sa Ating Makulay na Komunidad, will be on June 30 at 7 p.m. It will feature a musical performance, a fashion show with members of the LGBTQIA+ community, and a free one-time screening of the restored version of T-Bird at Ako starring Nora Aunor and Vilma Santos.

To watch the PelikuLAYA films, visit and register at the FDCP Channel. For more information and inquiries, visit https://www.facebook.com/fdcpchannel or fdcpchannel.ph.

Makita Manila 22 mins ago
They’ll do it with ladders

Makita Manila 22 mins ago
They’ll do it with ladders