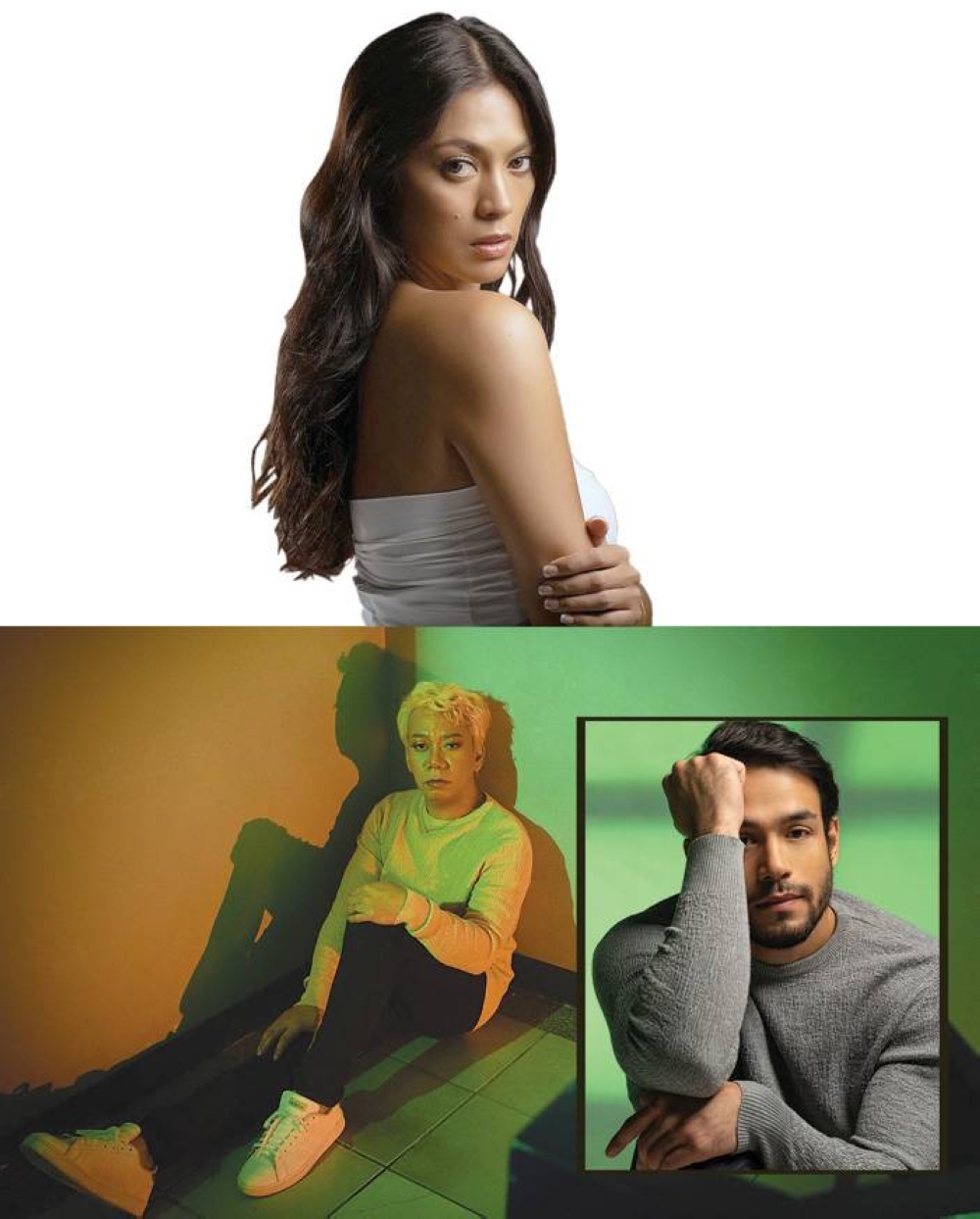 According to (clockwise from top photo) Ariella Arida, Kit Thompson and Lassy Marquez, the characters they play in Daryl Yap’s daring psycho-comedy thriller will ultimately bring audience awareness on the dangers of ‘catfishing’ on the internet.

It is sad and worrisome that deception is rampant in social media, turning more and more unwitting netizens into victims of abuse at its worst.

The movie’s screenwriter too, Yap warned in a virtual interview, “This film is not for everybody. But if you’re looking for something different, I guarantee you na, ito, walangkagayangibangpelikula. I was able to tackle the evil essence of sex, drugs and the internet in the story.”

“ASMP” is a sexy psycho-thriller comedy that sees Kit Thompson (“#Y,” “Momol Nights”) in the role of Yael — a good-looking 25-year-old guy who regularly works out in a CrossFit gym. His picture becomes a hit on a daring online dating app, connecting consenting users who want to engage in sexual activities with fellow users.

The app works this way: if a user clicks “Inter” on another user’s profile, it means they are willing to meet in person and be physically intimate. However, if the user clicks only the “Intra” option, the message is that the user merely wants to engage in a digital sexual act.

Yael then sends a message to his longtime chatmate and chooses “Inter.” The chatmate is beauty queen Ariella Arida (“The Killer Bride,” “Gandarrapido: The Revenger Squad”) in the role of Krista, the woman Yael believes to be chatting with him, and he is fantasizing over. Krista is aware of Yael’s existence, but she is not the only person handling her account.

Beks Battalion’s Lassy Marquez (“The Mall The Merrier,” “Beauty and the Bestie”) plays Noel, Krista’s friend and partner in catfishing. By stealing photos and the personal information of others, they connive in a fake profile to attract users looking for love or a hookup. Oftentimes, they also trick people out of their money once they have earned their trust.

Noel, who is strapped for cash again, is excited about meeting Yael. He works on a plan with Krista, which, if it goes smoothly, will give each of them what they want.

According to the cast, each character in the movie and every turn of events should scare viewers more and more about the dangerous consequences of catfishing. For this reason, Marquez’s presence in the movie is practically a necessity to break the tension with comic relief. “ASMP” is a big break for the comedian who has long played supporting roles to stars like Vice Ganda.

Meanwhile, Yap is proud to share that Arida, who won the Philippines a third-runner-up finish at 2013’s Miss Universe Pageant, is a sight to behold in this movie. Thompson, on the other hand, succeeds in conquering another challenging role.