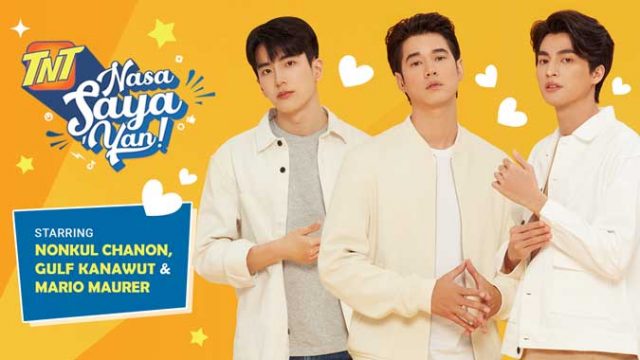 TNT’s move comes as more Thai series and films are becoming more popular in the Philippines — the so-called “Thai Invasion,” a term used to describe the phenomenon of Thailand’s growing prominence in the international pop culture scene.

“Filipinos and Thais have always had mutual appreciation for each other’s wealth of entertainment content, but we’ve seen this grow even bigger recently as more Filipinos enjoy easy access to streaming platforms and social media through TNT’s value-packed promos,” Jane J. Basas, SVP and Head of Consumer Wireless Business at Smart, said in a statement.

“As TNT enables Filipinos to follow their favorite Thai superstars Mario Maurer, Gulf Kanawut, and Nonkul Chanon on their smartphone, we’re now bringing these Thai actors even closer to them as the newest TNT KaTropas in our latest campaign,” she added.

Nonkul Chanon is best known for the film Bad Genius, which became the highest-grossing Thai film of 2017. Gulf Kanawut is best known for TharnType The Series, an adaptation of a popular Thai web novel. Mario Maurer is best known for his lead roles in the 2007 film Love of Siam and the romantic comedy Crazy Little Thing Called Love from 2010.

Dave Davies 1 week ago
‘Come and See’ on Netflix: 5 reasons to watch this Thai film now

‘Come and See’ on Netflix: 5 reasons to watch this Thai film now

Makita Manila 25 mins ago
They’ll do it with ladders